What the Health: A critical viewpoint

You’ve probably already watched it, and if not, at least heard of it – the latest screamingly pro-vegan documentary, called What the Health. It’s all over the place and, honestly, I was getting sick of seeing comments like: “The film opened my eyes and I became vegan overnight.”

I know it’s an extremely sensitive topic and everyone has something to say about it. What we need to keep in mind is that we all have the right to have our own opinions and views.

I had no intention to watch it, as I expected it would be pure propaganda. And what do you know – it was just that.

Despite that, I decided to keep an open mind and give it a chance. Fifteen minutes in and I was already feeling mentally abused.

What did What the Health get wrong?

I have several issues that screamed at me from the start:

1. Neither of the doctors or experts in the movie are introduced as pro-vegan, although they clearly are. Up until the end I was hoping to see an alternative opinion, a different view. You know – so that you can actually see both sides of the story and create your opinion based on the facts you hear. Instead, all you are offered throughout the movie are one-sided, biased opinions from selectively chosen people and cherry-picked studies to support an already set conclusion.

2. In the light of the Sugar industry scandals revealed in the past years, some of the openly pro-sugar arguments in What the Health strike me not only as absurd, but as incredibly suspicious as well.

What the Health might leave you with the impression that sugar is even good for you. Furthermore, the film makes no difference between sugars naturally presented in fruits, and, let’s say, the refined carbohydrates in a chocolate bar or the high-fructose corn syrup in a soda. There are tons of studies out there proving that the latter two are directly linked to an increased risk of several types of cancer, cardiovascular disease, Alzheimer’s and diabetes.

“I had no idea that what we ate affected cancer rates.

I grew up eating.”

This seemingly innocent statement from the star and co-director of the film Kip Andersen speaks volumes to me. Firstly, just before saying that he mentions being extremely health cautious even in his teen years. Given that, it is unexplainable to me how can a person 1) not make the connection between what you put in your body and your health and 2) not realize that bacon, sausages etc. are indeed processed meat. For me, even something as small as this puts a big question mark on the credibility of the documentary.

4. The film makes a lot of exaggerated, taken out of context and simply deceitful claims just to drive home their pro-vegan case. According to Anderson and his team eating processed meat is as harmful as smoking, eating an egg a day is as bad as smoking 5 cigarettes, milk causes cancer and fish is toxic. Let’s go over them quickly.

Firstly, comparing eating processed meat to one of the most detrimental habits known to human kind like smoking is simply absurd. Kip Anderson fails to understand (or purposefully miscommunicates) a very simple principle of classification that the World Health Organization’s International Agency for Research on Cancer (IARC) uses. While IARC does put processed meat and cigarettes together in Group 1 carcinogenic, this certainly doesn’t mean that both products are equally harmful.

Simply put, these categories show how strong the causal link between a product (a substance) and the risk of (certain types of) cancer is, but not by how much each different substance in that same category increases the cancer risk. Here’s a useful chart worth checking out.

According to WHO review of available research, processed meat does increase the risk of cancer, mainly bowel cancer, but the health effects are not nearly as large as the ones from smoking. Another thing to keep in mind is that the risk increases predicated that you consume at least 50 grams of processed meat daily over an extended period of time.

Check out the graphic to get a better idea of the impact of smoking and processed meat on health.

Alright, one lie down. What about eggs? Is an egg a day really as bad as 5 cigarettes? Well, I’ve never heard of a single positive health effect coming from smoking, but there surely are boatloads of studies pointing out the health benefits of eggs. The yolk experienced some bad press because of its cholesterol content in the past, but numerous recent studies have conclusively proven that higher cholesterol intake doesn’t necessarily lead to a build up in the blood. In fact, the cholesterol in eggs can actually help to regulate the two different types of cholesterol in your body!

So that’s that. Moving on to whether or not milk causes cancer. Here again, Anderson chooses to cherry-pick single studies suggesting a link between milk consumption and cancer risk, and ignores a number of others  that either find no consistent link to mortality, or even indicating that dairy consumption is inversely and significantly associated with the development of breast cancer.

I’m guessing by this point you were thinking – “Okay, meat is out, eggs are out, dairy’s out, at least we have fish left, whew!” Oh, you wish. Kip Anderson is there to tell you that – what do you know – fish is toxic as well. Same as with eggs – there are tons of studies out there pointing out the numerous health benefits of fish, which I am sure you must have heard of – rich in omega-3 fats, vitamin D, selenium, low in saturated fat etc. What’s more, unlike sugar, fish like the wild caught salmon is loaded with anti-inflammatory compounds. So think twice, before cutting fish out of your diet.

What did What the Health get right?

So, after so many lies and deceitful claims, was there something that What the Health got right?

There are several points on which I can wholeheartedly agree with Kip Anderson.

Finally, I want to make clear that my goal is in no way to criticize a vegan diet, but to point out some obviously misleading and twisted claims in that specific film. What the Health’s one-size-fits-all approach to nutrition is something I strongly disagree with.  Each organism has its own uniqueness, and if one person thrives on a vegan diet, another one may suffer. In case you decide to keep animal products in your diet, make sure to buy organic, pasture raised products, ideally from local farms around you.

If there’s one thing you will take from this article, let it be to always be critical of what you read or hear, do your own research and take informed decisions.

6 Things that might be ruining your mood without you realizing

5 Sneaky habits that prevent you from losing weight

How to make your health a priority in 2020

Hi! I'm Lily and I love to annoy my friends by constantly urging them to lead a healthier lifestyle and be more active. So, I thought - why stop there?! Let's create a blog and annoy the whole internet with that! And here it is! Thank you, if you stick around! 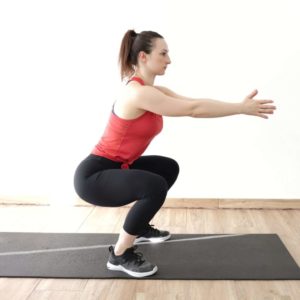 Compound movements: The Squat3K Total Shares
10 AMRAP Workouts To Improve Your Endurance2K Total Shares
We use cookies to ensure that we give you the best experience on our website. If you continue to use this site we will assume that you are happy with it.OkPrivacy policy